Frank Carter And The Rattlesnakes 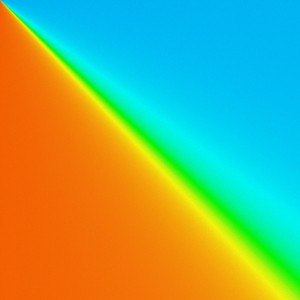 End Of Suffering
International Death Cult
Release Date: 3rd May
CD/Vinyl/DL
9/10
Two years on from their last album Modern Ruin, Frank and co are back with their latest album and it’s aiming high for those stadium stakes. Can Frank take his live intensity up a level? Wayne Carey checks it out.
Three album in now and Frank Carter is not letting it lie. The intensity is still there in the lyrics, and in some ways you can say he’s mellowed out, however he can still belt it out when he feels it. Don’t expect a Gallows comeback here though. While first album Blossom shown hints of his hardcore punk roots, Modern Ruin took more of a stance to his last project Pure Love. This is a hybrid of the two albums.
This album sounds quite personal and asks a lot of question along the way. The album title itself is named after the Buddhist term for enlightenment which gives you some clue to where he’s at right now. On first track Why A Butterfly Can’t Love A Spider, he tells us “When I’m High I’m In Heaven/ When I’m Low I’m In Hell” over a tight network of slow burning bass chugs, a far cry from the punk of Gallows, this veers into Trent Reznor territory, though less industrious. Tyrant Lizard King ups the tempo with some great guest guitaring going on by Tom Morello (RATM), brought in after meeting in Spain last year. It has an early 80’s upbeat goth feel and has chanting rights for those larger venues. Latest single Crowbar gives us that early Frank rage and is one of the more rockier tracks, inspired by some graffiti he saw in France during the Paris riots which said “We’ve cut off heads for less than this”. Frank said “I loved that attitude. People are sick of being force fed doom and gloom”


There are some proper rock ballads going on here (don’t woryy) which has Frank showing he is not afraid of being called a sell out for not being punk. He doesn’t give a fuck. He’s been there. Love Games is a belter of a song, amazing vocals giving a nod to Amy Winehouse with a slight distortion going on. Could be a contender for a Bond theme. You have Anxiety which is going to slay the festivals with it’s Nine Inch Nails feeling of paranoia and catchy as fuck chorus that screws with your head. One of those bastards that stay in your head for a while. One of the best moments on here is Angel Wings with it booze and drugs references and hallucinogenic lyrics such as “Feathers made of diamond rings / dragons made of oxygen”. Is this a love song? You decide. It’s haunting and affecting with some nice piano keeping it stark. One of my favourite tracks is Latex Dream, another ear worm with great lyrics “I won’t make it through the front door, for that I’m sure, but I couldn’t give a fuck about a dress code” Another example of why Frank Carter can pen a tune with ease. He’s a punk rock renegade in Kitty Sucker and the album title track ends this whole affair showing that he is still questioning life from all angles rather than spewing out the rage he did during the early days. It’s do flirt with commercial rock in some ways, but wins me over in others due to the Nine Inch Nails feels (it’s been mixed by Bob Moulder….) Full of hope and optimism this a great third album and probably the best. This is heading for the wider audience and rightly deserves to heard by the masses. A nice achievement from a tight knit band of punk rock renegades.
TRACKLISTING
Website
Instagram
Twitter
Facebook
Posted by Wayne Carey at 04:35