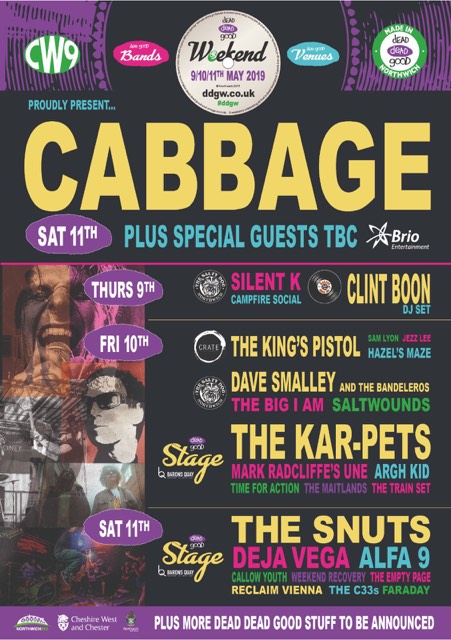 CW9 is back for three days of music and more, taking over Northwich yet again on the 9th, 10th and 11th May, which looks likely to become a yearly event. Just like The Charlatans shindig last year, this event will be promoting some of our up and coming bands from the music scene whilst also adding the odd surprise such as last years LTW favourites Cabbage, who were also in our Top 10 albums of the year.
The bands will be playing at various venues across Northwich including The Memorial Hall, The Dead Dead Good Stage based in Barons Quay, The Salty Dog, Obied Gallery which will host an exhibition of artists strongly linked to the Northwich and Manchester music scene, where you can actually buy some never seen before archive pieces at a reasonable price. Crate Hair & Lounge will be hosting local total talent along the weekend and you can even get your barnet done whilst having a beer or a non alcoholic beverage. Retros Bar will be hosting Manc Legend Clint Boon on the decks and there will be live music in The Salthouse NW and The Quayside are hosting a 90’s indie night with DJ Scotty.
The full line up can be found on the website www.ddgw.co.uk. Wayne Carey gives you an insight into some of the highlights for the weekend. 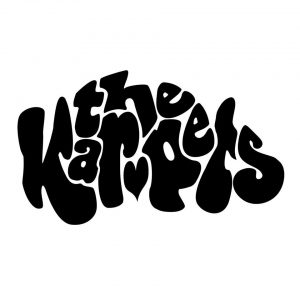 Tom Hingley & The Kar-Pets – Tom Hingley takes to the stage with his full band for a stunning performance of the Inspiral Carpets classics. A cover band with a difference. They’ve only got the bloody real singer from The Inspiral Carpets as frontman! Should be a night of 90’s nostalgia for those old indie heads out there. I’ve always sited them as one of my favourite bands to come out of the Madchester scene. 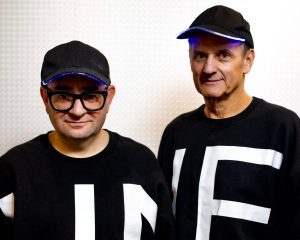 UNE – Mark Radcliffe (BBC 6 Music) and Paul Langley join forces with a new electronic project that is set for festival domination over the course of the summer including Kendal Calling festival.
UNE is electronic music spanning many styles with a plaintive lonely voice at its heart. A happy accidental collision of man and machines.These UNE songs are inspired by words from other languages that have no literal translation into English: Boketto, Waldeinkamseit, Saudade, Komorebi. The music and lyrics have therefore tried to convey the feelings those words invoke.UNE is two people working on a single concept.UNE means one-word titles.UNE is about being alone.UNE is an anagram of NEU (and very nearly of ENO).UNE is pop music for dreamers. 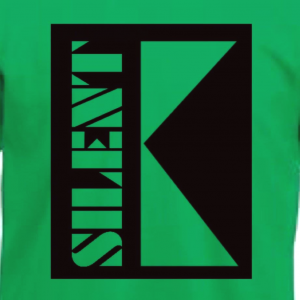 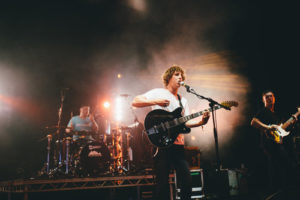 The Snuts.
Drawing comparisons with early Arctic Monkeys, Kings of Leon and Oasis, West Lothian quartet THE SNUTS have emerged as a word-of-mouth phenomenon throughout Scotland. In the process they’ve already passed a million streams at Spotify of their early demo recordings – all achieved organically without being promoted to radio, playlists or press.
THE SNUTS’ combination of sheer energy, natural charisma and a growing catalogue of indie anthems has already been rewarded with a cult following. Their first headline show at the Glasgow institution King Tut’s sold-out in a matter of hours, and was soon followed by subsequent sold-out dates in Edinburgh, Aberdeen, Dundee and Manchester.
With such homeland backing to their name, THE SNUTS are now looking to take their ragged rock ‘n’ roll manifesto to a wider audience. That process starts with the release of their first full single ‘Seasons’. 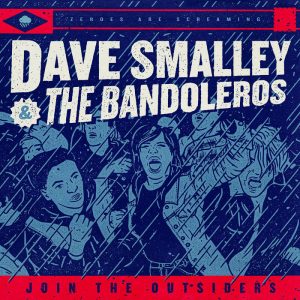 Dave Smalley and The Bandoleros (USA) – Dave Smalley is a legend of the US punk scene, with releases on the mighty Dischord records his bands DYS and Dag Nasty are to this day influencing swaths of bands, notably 1986’s ‘Can I Say’ (produced by Ian Mackay of Minor Threat/Fugazi) is cemented as a stone cold classic. In the 90’s he started All with ex members of The Descendents and then went on to form the amazing Down By Law, signed to Epitaph Records and at the forefront of the 90’s punk resurgence. Dave has continued to push boundaries and work on new projects, most recently teaming up with Southern Spain’s finest to form The Bandoleros and releasing one of the most vital punk records of 2018, this is their first visit to the UK and the only North West date, suffice to say it’s going to be dead dead good! 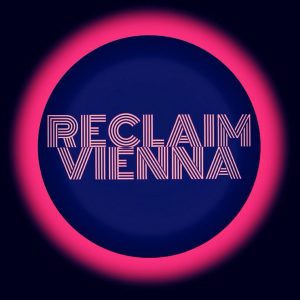 Reclaim Vienna – In their short existence Reclaim Vienna has cemented themselves as one of ‘the’ new bands to watch, effortlessly combining indie and electronic music to carve out a totally original sound and they are home grown talent to boot!
The Cheshire based band have had early comparisons to bands such as early Duran Duran, Slow Readers Club and New Order.
“If you like Slow Readers Club, you’re going to love this! Go watch this new band at the intimate venues, before they explode and start selling out stadiums and cricket grounds in and around Manchester” Sophie Sviennson of XS Manchester radio.” 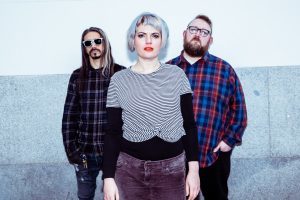 The Empty Page – One of the most exciting bands on the Manchester scene, this three piece isn’t afraid to rock, with intelligent and thought provoking lyrics combined with an explosive live performance you won’t want to miss them. Boss man John Robb had them on the bill at his now becoming staple Membranes gigs a few years back and I took notice big time. Kel can belt out those tunes. Check out the latest single. 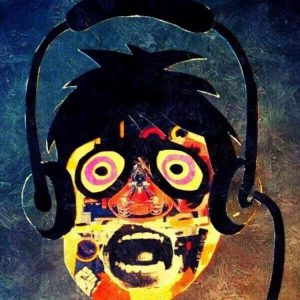 Time For Action – Formed in Manchester in 2018. Influences include, The Damned, Sex Pistols, Discharge, The Ruts, The Undertones, SLF, The Clash, Subhumans, Warsaw, Dead Kennedys, New Order, The Stooges etc you get the idea. Dermo returns from the Northside years with his band of punk fuelled tunes that are miles aways from those indie days of Shall We Take A Trip. And he still looks like the Dermo we know and love. 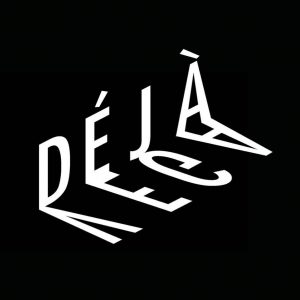 Deja Vega – Déjà Vega are vocalist and guitarist Jack Fearon, drummer Tom Webster and bassist Mike Newton. They formed in Winsford, Cheshire, a fitting backdrop to their gritty, guitar led psychedelia. Rhythmic and rage-fuelled and boasting surging riffs, Fearon’s hypnotic slurring lyrics lurch in and out of poetic chants, battling over chaotic drums and the razor-sharp bass lines underneath. Live, Déjà Vega demonstrate that they’re a force to be reckoned with. I fuckin’ love this band. They get better every time and are on my Next Wave 2019 list. They’ve released a set of excellent singles and continue to rise with their fearsome sets. They totally blew away the Salty Dog last year! 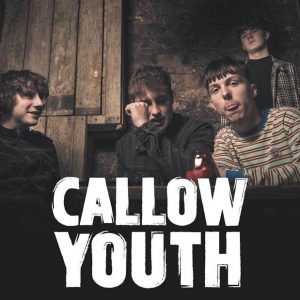 Callow Youth – Arguably the most hotly tipped young band to emerge out of Manchester in the past year, Callow Youth are a bunch of 18 year old upstarts whose catchy, melodic, original songs belie their age, experience and short time together. Having played their first gig in May 2018, 1 year after forming from scratch with little musical experience, the lads recently sold out their first Manchester headline show in 4 hours. Their February debut single “Did It Really Matter? achieved XS Manchester’s single of the week. I reviewed their debut single here ( https://louderthanwar.com/exclusive-callow-youth-release-debut-single-really-matter/). Ones to watch! 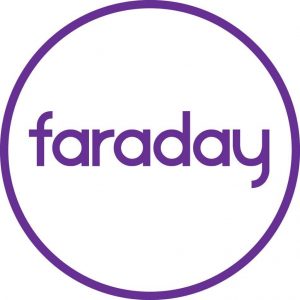 Faraday – Indie band from Newcastle-Under-Lyme. ‘Intoxicating melodies over huge chorus and verse, Faraday are the band you didn’t know you were searching for…’ Rebel Bear. 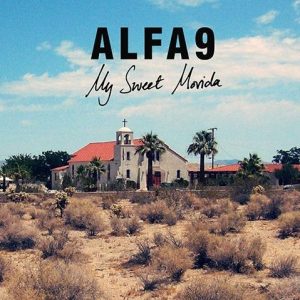 Alfa 9 – Back in 2005 Alfa 9 signed to Blow Up Records, and the same month recorded at The Charlatans’ (who they shared management with – Steve Harrison)  Big Mushroom studio in Cheshire with Liverpool producer Mike Cave (The Coral, Ian McNabb). Mostly recorded in under two weeks, with additional production in Liverpool at Mike’s studio. The completed album was mastered in Devon at Super Audio Mastering by Simon Heyworth (Tubular Bells) at the end result being the psych rock masterpiece Then We Begin.
Fast forward to today, Alfa 9 return with their third album ‘My Sweet Movida‘. The Newcastle-under-Lyme based four piece are back with their Morricone-esque tinged cosmic country psych rock, that’s layered with vocal harmonies delivering what the band believe to be their strongest set of songs to date. 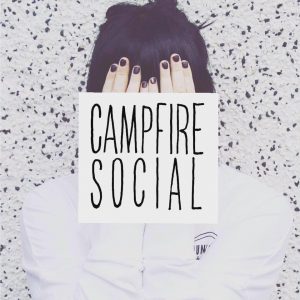 Campfire Social – Captivating Indie-pop collective; Campfire Social craft a dynamically rich sound bursting with bright harmonies carefully layered over hypnotic melodies. Their honest approach echoes a love of 90’s ‘heart-on-sleeve’ emo culture. At times sobering, a hopeful message prevails; we’re better together.
Over the years the band has received some well-deserved recognition from some influential names in UK music scene. Their 2017 single ‘‘Nothing Nowhere Never Now’ was featured on the end of year round ups of Adam Walton (BBC Wales), Rock Current (podcast) and Drunk on Music (Blog). The follow up ‘Wellbeing’ EP was selected for the A-list by BBC Radio Wales resulting in continued airplay, a live session with Janice Long and further BBC 6 music plays. 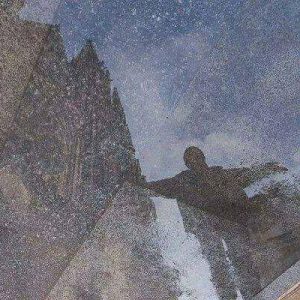 The Train Set – Influences were the Manchester and Liverpool scene of the late seventies, early eighties.The Train Set sound like – The Smiths, Bodines, Teardrop Explodes, Echo and The Bunnymen, Happy Mondays etc. 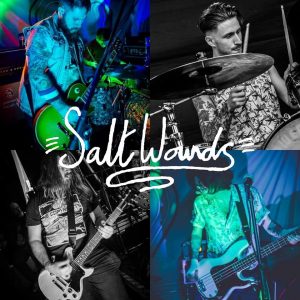 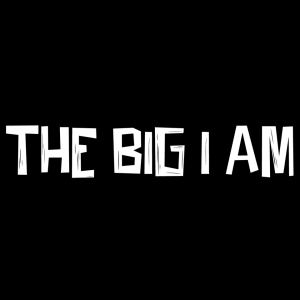 The Big I Am – The Big I Am is a punk rock 3 piece from Oldham with its roots firmly planted in the old school British punk rock of the late 70s spat out from the mouths of The UK Subs, the Sex Pistols and The Clash smashing it into the ferocious sounds of the The Who. Using Pete Townshend’s broken guitar and Jim Morrison’s Oedipus sexual fantasies brought back from the grave gives The Big I Am a massive sound that lives up to its northern colloquialism of a name! 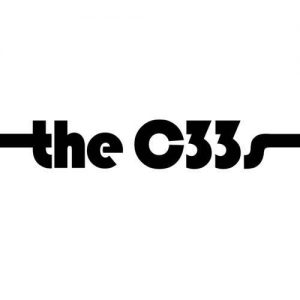 The C33s – Punk/Garage/Rock 3 piece from Manchester. Judy Jones, Cav Green and Ste Phillips. Think The Blinders with an added twist of love for Tarantino soundtracks and some fuckin’ kick ass dirty swamp rock. Their debut single is my favourite release this year by far. Review here ( https://louderthanwar.com/c33s-manic-depression-debut-single-review/). 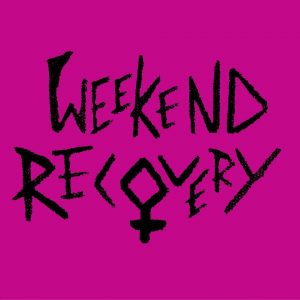 Weekend Recovery – Furious guitar riffs and all consuming vocals swiftly engulf you as you are unapologetically swept up amongst an electrical infused wave of poker-faced furore. As the band have continued to grow and improve since inception, they have caught the ears of many industry leading blogs, leading them to be championed by the likes of Louder Than War, who premiered their album ‘Get What You Came For’. Whilst also being reviewed by the likes of NME, Cat On The Wall, Get In Her Ears, Music Glue and being recommended by Abbie McCarthy on BBC Introducing in Kent, Planet Rock, Radio X, Amazing Radio and Kerrang! 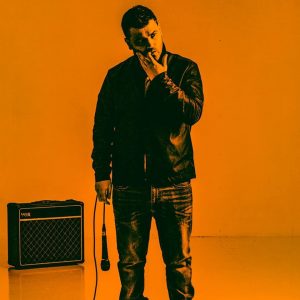 ARGH Kid – Wordsmith Sensation ARGH KiD (AKA DAVID SCOTT) has toured the country, played to sold out crowds and dazzled millions with his lyrical prowess. This Manchester-raised poet is winning hearts and minds with his verbal energy, gaining celebrity fans such as Liam Gallagher, Christopher Eccleston and Chris Evans. Another LTW favourite who has a fantastic band behind him. He’s gonna slay everyone when his debut album hits the streets. New single Neighbours is the bomb. Single review ( https://louderthanwar.com/argh-kid-neighbours-new-single-review/) 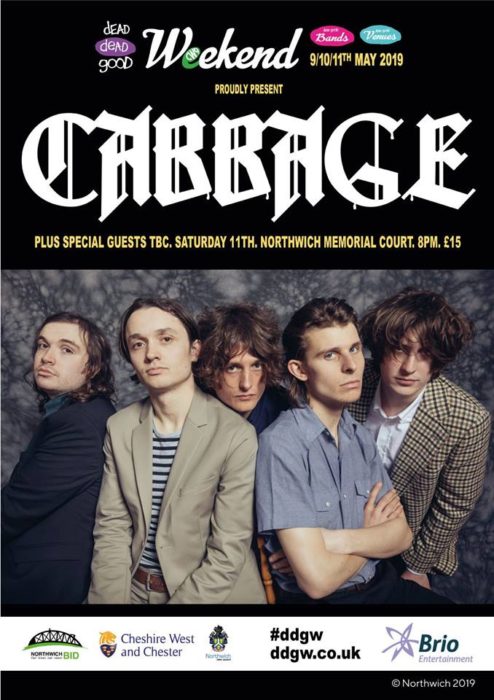 And to top the lot we have the brilliant wonk from Cabbage who have toured relentlessly and have decided to choose Northwich for a night to remember. New sing Torture is the usual angst politic melodic stuff from the Mossley lads. Their live performance goes from strength to strength and I’m sure they’ll light up the town in true incendiary fashion!
Tickets available from the website: www.ddgw.co.uk
Posted by Wayne Carey at 00:16