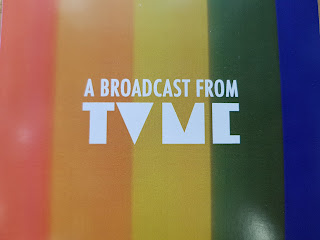 Censorship happens in the strangest places but I never thought it could happen nowadays in the world of music... 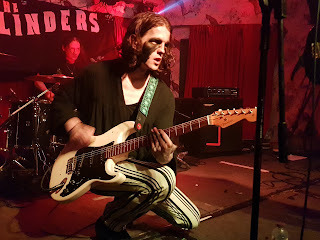 As venues go by The Deaf Institute is perfect to see one of your favourite up and coming bands. An intimate place with great sound and a feel of community. What I couldn't fathom was the pub over the road with a hidden venue (believe me I discovered it by accident!) called the Bread Shed. I witnessed an ace heavy metal band called Pisd who got me in the mood for an amazing set by the Blackpool trio Strange Bones. Bobby enters the stage in a trenchcoat looking all of the young Josh Homme and explodes into action from the off. Their are gas masks involved, gimp masks, electrifying hooks from everywhere, their energy is exciting and they bomb the venue with their riot of sound including the gems that are We The Rats and God Save The Teen. Bobby actually uses the bar as a catwalk and is more in the audience than onstage. This band are going far if they can whip up a performance like this. They come across like a Cramps getting it on with Therapy? but in their own unique way. I actually didn't think The Blinders could top this but then again what do I know?? Thomas enters the stage with his obligatory face paint and dapper striped trousers to a warm welcome from the all knowing crowd that they are witnessing a group who will be touring the world and going for the jugular with their monstrous post punk Doors racket. They perform a sterling set as usual with the likes of Ramona Flowers, Swine, and the excellent Brave New World. This is their first big tour and they nail it from the off. This next new wave of talent is scary and The Blinders are ready to ride with the likes of Cabbage, PINs et al. The highlight for me was a monstrous Murder At The Ballet which left the people around me punched into orbit by the ferocity of the guitar skills. A great gig to witness. It will be a long time before you see a band this good playing such a small venue again! 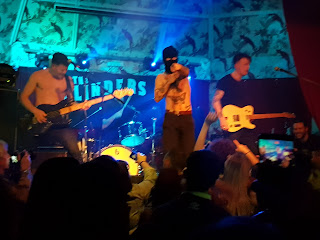