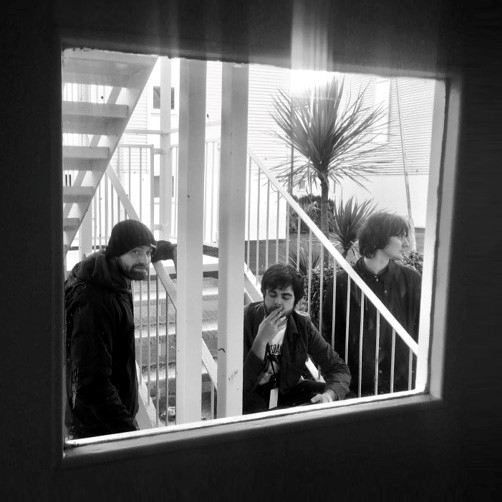 The Winsford trio are back with the final installment of their promising trilogy of singles which are blowing away the scene at the moment. This next installment shows how they are growing with each release. Wayne Carey gives you the lowdown.
I’ve heard some good stuff this year and this next single by Deja Vega is a stunner. One of my Next Wave bands are breaking through in style and incendiary live performances. Mr Powder is becoming a live favourite for any who’s seen them as it ups the game totally with it’s psychedelic repetitive sound and frantic pace building to a mental climax as Jack Fearon commands that guitar like an axe. The band explain what the song is all about.
“Mr. Powder is based on one of Jack’s previous bosses whilst working in a cement powder factory. His job took over his home and personal life, and his only pleasure came from keeping the line running at all costs. The title comes from him whistling at staff to get them back in line, to be told ‘Don’t whistle at me Mr Powder, I’m a man not a dog’. Dismissal followed shortly after…
The motorik rhythm and repetitive lyric reflect the relentless speed and drone from the factory.”
It’s a slayer live and you can witness them next week at The Dead Dead Good Weekend in Northwich. Other dates as below. You’ll be converted…. 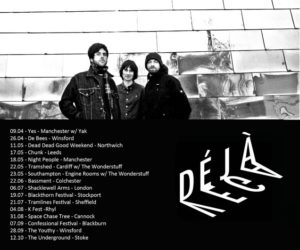 This is the third in a run of limited edition 7” vinyl singles following on from 2018’s ‘Eyes Of Steel’ and ‘Chasing’. It will also be available on all major digital platforms.