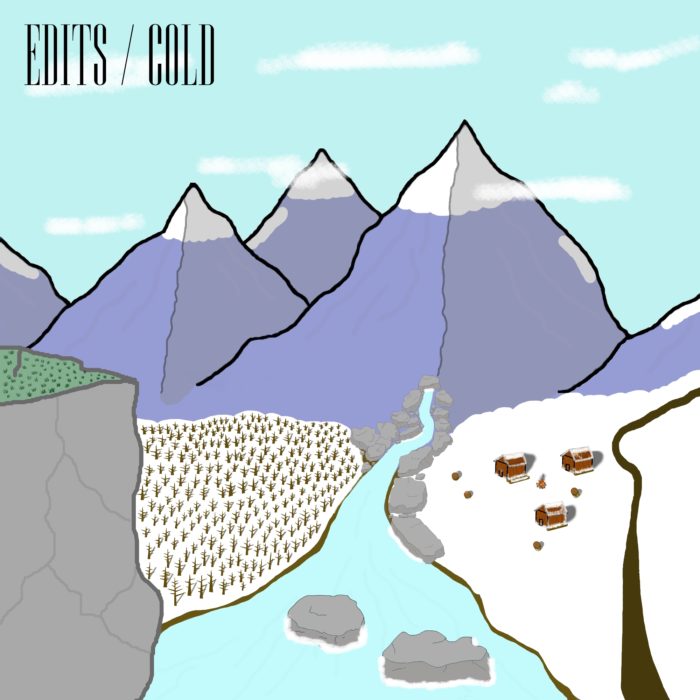 Manchester duo Edits return on form with this chillingly warm synth pop effort. Wayne Carey unearths another first for Louder Than War.
Let me introduce you to the band if you didn’t catch their first EP Re-Surface. Liv Westhead (vocals / synths) and Chris Abbott (guitars / programming) met at the age of 15 and started their craft in Salford Uni’s Adelphi building (where Manc bands Everything Everything, Delphic and Dutch Uncles began their journey) They have a D.I.Y aesthetic, producing everything they make themselves, even their music videos.
The new single Cold continues where they left off, great soaring vocals by Liv which comes across all Cocteau Twins / Harriet Wheeler whereas Chris plays that guitar like it’s attached to him, against a backdrop of haunting synths which carry this song into the ether. Think a Manc version of the XX with a different twist. It’s ambitious synth pop that stands out from your average and they may well be ready to lay down a debut album of beauty. And they do great videos which helps!
The single is out on all major music streaming platforms on Monday 19th November. They play The Salty Dog in Northwich on Sunday 18th November for the launch.
Check out the video!


Find Edits on Facebook
Posted by Wayne Carey at 03:45